Skip to content
A shower is more economical than a bath. But it must be a short shower.

A significant part of the Czech Republic’s fuel and energy supply is provided by fossil fuels, which come from Russia. Energy saving experts advise on how the inhabitants of their homes can reduce their consumption. And they add that even a small detail can reduce the amount we all finance Russian aggression in Ukraine. For example, just by reducing heating by 2°C, we will send Russia 3 to 4 billion crowns less per year for natural gas. Moreover, the advantage of such behavior is that we protect our climate and our own wallet. “At first glance, it may seem that lowering the heating temperature or reducing the mileage has nothing to do with the war in Ukraine. However, if we really took this consumption behavior into account, we would no longer be sending several billion crowns per year in the Czech Republic for fossil fuels,” says Juraj Krivošík, director of SEVEn, The Energy Efficiency Center.

Some of the simplest and fastest energy saving options that require no upfront investment, but can have a very big impact on reducing payments to Russia include: 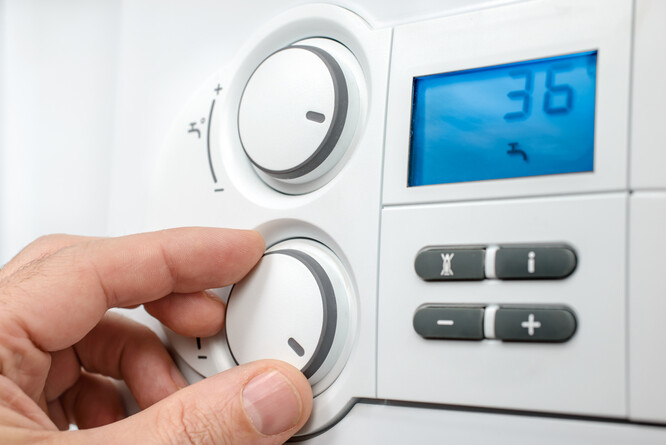 The less you heat the natural gas, the better.

Public transport rather than by car

By replacing one car trip per week with public transport, we will reduce payments to Russia by 3 to 4 billion crowns per year. With a saving of 2000 km, which can correspond for example to the replacement of one car trip per week for public transport, we will save around 150 liters of fuel per year. If this volume of fuel saves at least half of the drivers in the Czech Republic, the total fuel consumption will be reduced by about 450 million liters of fuel. At the same time, we currently import half of the fuel from Russia. Other significant fuel savings can be achieved simply by respecting the maximum permitted speed.

Shower instead of bath

The average shower consumes about 10 liters per minute and we shower for about 5 minutes. The average hot water consumption is about 50 liters. An impregnated bath consumes about 120 liters of hot water. The difference is 70 liters of hot water. You can influence the duration of the shower yourself. But you can also save hot water by buying an economical shower head or a shut-off valve to stop the water, for example when soaping.

If about 4 million people take a bath at least half a week, or if everyone takes half a bath less, about 0.24 TWh of natural gas can be saved. This means a reduction in payments to Russia of around CZK 400 million per year.

“Some energy saving measures will reduce energy consumption up to ten times. The advantage of savings is that thanks to them we reduce our family expenses, but at the same time we protect the climate and also reduce the payments to Russia,” adds Jiří Beranovský, director of EkoWATT, Center for Renewable Resources and Energy Saving.

In addition to reducing energy consumption by adjusting consumer behavior, savings can be achieved through a number of other measures. One of the most important is, of course, the insulation of the house.

If we manage to renovate 100,000 family homes beyond current plans, we will reduce our natural gas consumption by approximately 520,000 MWh per year. With the purchase price of natural gas on the stock exchange of CZK 1,600, this would mean that gas worth more than CZK 830 million would not have to be purchased every year. By insulating houses according to the so-called passive standard, consumption can be reduced by 80 to 90% and renewable energy sources can then largely cover the remaining energy needs.

“A passive energy house is a house that maintains a comfortable temperature, fresh air with low carbon pollution, less dust and better acoustics. At the same time, it saves energy and money for operation. And now, in addition to these benefits, we are clearly not financing Russian aggression in Ukraine with our energy bills,” adds Tomáš Vanický, Director, Passive House Center

There is a wide range of options to reduce energy consumption in households, many of which do not require major investments, only appropriate service or consumption behavior. “These days, it is more important than ever to realize that we are supporting Russia’s killings and violence in Ukraine with unnecessary energy consumption,” says Juraj Krivosik.

“The unprecedented attack of Russian troops against a free Ukraine must lead to the acceleration of the transformation of the Czech energy sector towards solutions that will make us independent of the import of natural gas and oil from the East. The opportunities are energy savings, which every Czech household or business can start immediately, and can also add energy from renewable sources.These are household renewable energy sources and measures in the field of energy savings which are key to our energy security,” says Martin Sedlák, Program Director of the Association of Modern Energy.