Přerov juniors went through the basic part of the league very well, they did not lose once in the playoffs and they only crashed in the play-offs against Litvínov. Head coach Pavel Neuman, despite the sad ending, appreciates the team talk and definitely considers the season a success.

After a good season, it didn’t work out in the barracks. How do you feel?
Now, of course, sadness. All the boys are sad because they really gave their best for the season and they have nothing to be ashamed of. Despite this, the season is of course successful, without discussion, but we were roughly twenty minutes from the process, when we had a great opportunity to lead 2-1 at the start of the third period. Unfortunately, we scored the second goal and the opponent managed the end of the game.

Did I feel good leaving the ice cream a very family atmosphere?
You are right to say that we have very close relations here and that we are an intermediary club operating on a family basis. The boys showed that we are definitely a big team and a big family. They were all pulling on a single string. Everyone was then sad and no one could talk. It will certainly take time for it to hurt, but I think we will remember the beautiful season.

“All the boys are sad because they really did their best and they have nothing to be ashamed of. Nevertheless, the season is, of course, a success, without discussion.”

What was the lack of athletic performance?
The boys have done their best and they have nothing to read. Sure, mistakes are made, but other players make them too. In my opinion, the team was well formed and the season went by, so we could have been lucky on this chance. It’s all the more regrettable that we were able to equalize our opponents with combativeness and team performance. We really missed a bit.

How was the team?
I had these guys for a long time. We also went through the national championships in the previous categories, when there were players in the team, like Standa Svozil or Martin Ryšavý, there were a total of about ten boys who left in various ways or finished. They were incredibly cohesive, friendly and amazing in the way they worked not just on the ice, but more importantly off the ice together. The team showed incredible strength in the roster they were in. There were, for example, boys who did not take part in the last matches of the season due to illness, injury or young boys who simply did not fit in, but they also did very well. The team counted a total of about five five with four guards and thanks to the width of the staff, we were able to resist the marodka who accompanied us in the base part. Hats off, I’m really proud of all the boys. 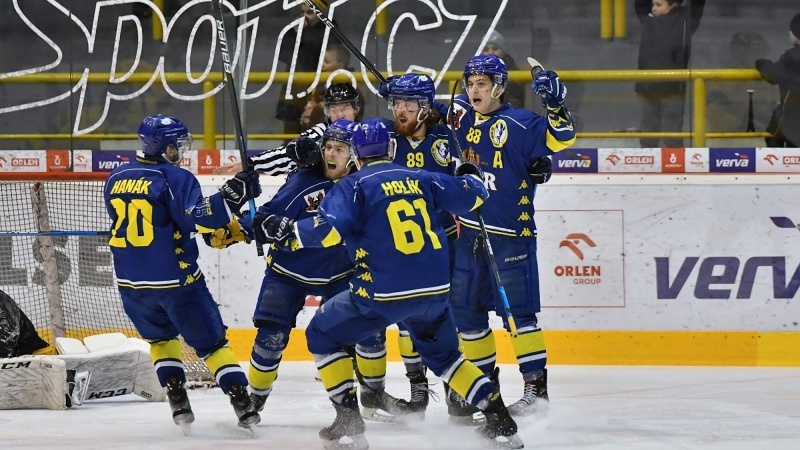 What decided in the barracks from a global point of view?
We started the first game badly and for a while we had to adapt to a slightly higher pace, which we managed. At home we played the match very well and in Litvínov, after the first period, where the opponent had done better, he stabilized in the second. It already looked like the game was going to turn on our side, but unfortunately we got a weakened goal, which decided.

What was the difference between the Chemists’ extra-league talk and the second-highest competition game?
The difference was of course there, but it must be said that Litvínov was not the last twentieth team, but the fourteenth. You could say it was a competitive extra-league team this year. It was not a team that lost all season, and in addition it has several representatives and players who played for the men in the senior extra league.

“Of course there was a difference, but it must be said that Litvínov was not the last twentieth team, but it was the fourteenth.”

Did it have a positive impact on you when you were able to compete with an extra-league average?
Long-term competition and a series of games cannot be compared, but the boys have shown they can handle it very well. The boys believed in each other and I’m happy that they confirmed that they were capable of competing with extra-league teams. We are aware that we did not have as many individuals as Litvínov, however, we were able to replace him in the series with a collective concept, good game organization and fighting spirit.

How about the dam system?
It was given before the season, so we took it that way. We replayed the playoffs for three winning games. We did not address this issue and accepted the system as it was put in place. From a sporting point of view, it is fair to say that there is a fairer series for three to four winning matches and, in particular, that the youth competition systems are established in a uniform way.

“We are confident that next year we can once again build a competitive team with the highest ambitions.”

Do you have any idea what next season will be like?
We have a larger team, depending on the years it has been divided into about thirds. I think there were six players in 2002 plus a goalie, then the rest were 2003 and 2004, who had more chances in the base game, but in the playoffs, boys more or less old were already played. We have a team of the same age. We are convinced that next year we will once again be able to build a competitive team with the highest ambitions.

So you want to keep attacking the process?
We really want to win every game and like I said we always have the highest goals. The bitterness of losing in the playoffs is mitigated by the fact that next year the Junior League will again be of higher quality, as it will also feature non-league teams from this season, be it České Budějovice, Slavia , Kladno, Chomutov or Havířov. In any case, we want to go to the playoffs and go as far as possible. 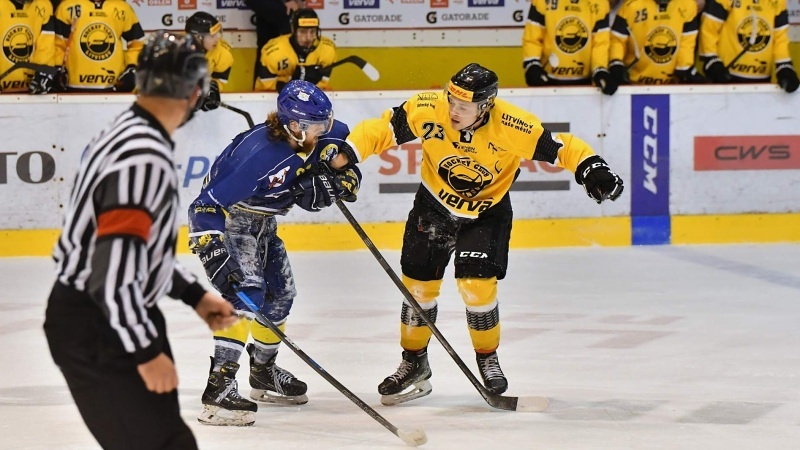