My children love the stories of Pat and Mata. And so I sometimes have fun looking at those real golden Czech hands. And once, Pat and Mat decided to make wallpaper. And it turned out, as usual, infamous. MEP Mikuláš Peksa decided to work as a similar upholsterer, and he set out to show media profiles on Facebook, and every time Viktor Orbán won elections in Hungary, he made one and the same comment. “…they will need our help all the more,” he said.

In Hungary, Viktor Orbán won in such a way that he controlled the constitutional majority of the local parliament. To do this, his former family minister, Katalin Nováková, took over as president a month ago, so Orbán has Hungary under his leadership for the next four years, if he is not affected by pepka. And it is precisely the desire for a good shot that probably holds all the Democratic figures on our political scene on their language.

One of the biggest is also Pirates MEP Mikuláš Peksa, who as a mouse looked at Czech media profiles on Monday, the day after the elections in Hungary, and copied one of his comments under the reports on the elections in Hungary. Certainly a comment that deserves to be set in stone, when Peksa needed to line almost all the Czech information highways with it. Perhaps even under the principle of a lie repeated a thousand times becomes true. “Viktor Orbán is Putin’s puppet and rules Hungary from Europe. There are many Hungarians who disagree, but unfortunately still a minority. They will need our help all the more.”

Goddess, obviously strong words from a strong man. The Hungarians, it seems, without an army at the polls, have chosen their future, which they have already verified in the past. There was a demonstration democratic election, where the winner really takes everything, because the people liked their current government as a result of the election. It is democracy. Without the necessary blow, which happens by the way and others. But this is not a text on the result of the elections in Hungary, but on the mental map of MEP Peksa.

I observe with some astonishment the ferocious confidence that Europe will resist democratic elections. Maybe that shouldn’t surprise me. After all, the Irish had to vote on the Treaty of Lisbon for the second time when, for the first time, the fools had expressed their disapproval. To claim the only good result? The path too. Isn’t there a reason to call Hungary and tell them they should cut another election? Perhaps they will choose their confused coalition of six parties and find themselves in the same impasse in which we found ourselves with our coalition of five?

But the words of Peks: “They will need our help all the more” are scary. How will they be specifically helped? More and more dishonouring Hungary? Other proceedings, sanctions and incentives from Brussels? I’m not sure, but that’s not how democratic coexistence works. This is how moods arise, which begin to determine the next direction of the buzzing and intimidated country. Won’t Peks’ words turn against Europe itself, as the more pressure you put on Hungary, the more you push Hungary into the offensive and force it to choose a more radical solution? Because, in the words of Peksa, we will try to push Hungary out of the position of the European Union so that the current opposition wins the next elections. Does Peksa act like a statesman who knows how to entrust our future, or does she act like a hysterical millennial who stomps and stomps and hopes to penetrate until someone starts listening to her?

Well, yes, but Orbán is a dictator, even little kindergartners already know that. Really? Please show me those concentration camps in Hungary. Show me the military technique Orbán applies to his subjects, the only right choice. Please. But he silences the media and the opposition. But give it a break. Pre-election polls in Hungary predicted from the newspaper that there would be a movement after the elections and opposition parties could form a government. Is it the proverbial silence? Opposition media in Hungary are working, nobody is closing journalists there. No, no, that’s what they used to say in Brussels, Peksa is screeching the Czech information highways and Markéta Pekarová Adamová has been flying for years. The Hungarian regime has its flies, just like our regime, but there is no need for help with its loss to Mikuláš Peksa.

Peks guru Jára Ivan Bartoš also commented on the election results. And this on Twitter with a series of publications on Orbán. In one of them wrote“He also continues to wipe free media off the map, intimidate journalists and block opposition politicians from public space. full information and make independent decisions. You really can’t congratulate yourself on such an “election victory” and everything is crystal clear, everyone can talk, discuss and doubt without the threat of three years of crime or destruction his own livelihood and his career. He is right, Mr. Chair. 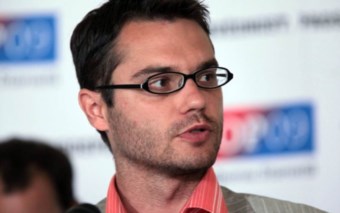 Peks’ bizarre belief that only he and his social bubble are right and only his political beliefs have the right to lead us into a future full of cheering unicorns is fascinating but utterly detached from reality. I understand the resentment, Pirate Peksa does not agree with Orbán’s policy. However, many, not a minority, disagree with the policies of pirate Peksa and his guru Jara. But that’s democracy, a clash of ideas, directions and political visions. I don’t trust hackers. I would not want my dissatisfaction with the privateer party in the future to be rewarded with the appropriate number of years in crime or the destruction of the freedom to write that I dislike pirates and their policies.