We are still working on the project documentation for construction. At the beginning of April, we will select the contractor for this documentation. According to the Directorate of Roads and Highways and other relevant authorities, the building permit file also had to be completed. I believe we complied with all the new requirements and were finally able to get planning permission. Then we immediately launch the tender for the construction contractor. However, I’m a little concerned that the construction will be complicated by one of the private owners, through whose land the trail will lead, even though we have his written consent. Preparing this cycle path has cost us a lot of effort and money and it would be cruel to thwart all this with the decision of one person. But let’s hope that doesn’t happen.

We are finishing it. We were asked to transfer the land under the Zábřeh playground road to the connection to the Kravaře cycle path. The land is owned by the Land Office. Based on the pledge, the land was to be transferred to the city last March. Now we have the end of March 2022 and we still don’t have it. Anyway, we are preparing a project. Unfortunately, we will still have to negotiate with SMVaK, who also “threw a pitchfork” at us. Its employees sometimes make decisions on the table, they don’t know the terrain at all, and we don’t want to build something new just to repair the existing road surface.

Let’s leave the bike lanes now. Last time you expressed your concern that the children would not want to come back to them after a “covid” break, when no circle could take place. Do you think this has come true?

I think it’s recognizable in all areas. Children who push their parents to do something come back. But there are many who have found that they are at home and do not have to go anywhere. They do not want. We’ll see how it will affect the culture, for example, it’s not just about kids anymore. People would buy a case of beers at home, laze around and do nothing. And now they should get dressed and go to business. I’m waiting to see how it goes. I would have liked to be wrong and for people to come back and start living normally again, without being locked up at home. This is important and that is why we must strive to return social life to the traditional cycle in the future. 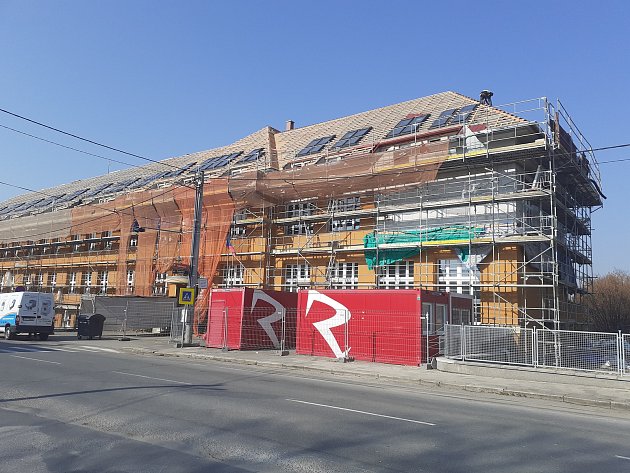 This fall we will have municipal council elections. Have you changed your decision to no longer race for them?

I thought a lot about what and how of the past. And now I have definitely decided to end all my active activities in all areas, not only as mayor. In the next election, I won’t even run for council. If I was in it, I could push some of my thoughts away, and I don’t think that would be of any use. I know that I will certainly continue to follow what is happening in the city, because I am not indifferent to its future. I will attend the council meeting, but I no longer want to be the only one to decide. Sixteen years is a long time and I think it’s the right time. It would end anyway, and now I really see it as the most ideal time. The main reason is the fact that I have four grandchildren. Therefore, I would like to take care of the family I had during my years in public service.

As you said, sixteen years is a long time. Have you ever had room to rate your “care”?

Well, before I became mayor, I served two terms, first on council and then as deputy. That’s a total of twenty-four years, a quarter of a century. A lot of things worked. But what is happening is not what we think. But what immediately failed, everyone will immediately remind him. I think we have achieved our visions, we have adjusted the municipality, we have invested in the necessary things, we have rid the municipality of previous debts and liabilities. We repaired kindergartens, kangaroos, sports facilities, now the school is being reconstructed. Of course, for us to be able to do everything, we would have to have about five times the budget, which is not realistic. However, I consider it important that, although some representatives took the opposite view, we were finally able to reach an agreement. And when something was approved by an overwhelming majority of MPs, it meant that the direction we had taken was right.

Will you reveal if one of your successors is already emerging? Of course, given how citizens decide in elections.

There are many deputies who are likely to finish this year. The board is now, in most cases, made up of my peers. This is bound to change the board. We don’t know how big it is yet, but it could be up to seventy percent. And it is difficult to say how many new elected officials will have the ambition to run for mayor. Maybe someone young, ambitious will come, but you have to take into account that it is a very time-consuming function. You are not at work only at certain fixed hours, you are available whatever the weekends, holidays, just always. It is not easy. If a person starts, he must know that sometimes the family will have to leave. But if you have someone in your family who will understand and support you, then you can do it.