Two totalitarian regimes that swept through Ukraine in the 1930s and 1940s left behind scores of deaths and a broken society. People have lost hope of being able to plan their lives as they see fit.

“Everything worked. Whoever had horses or cows had to hand them over. People went to work, but they had great misery, as they say – ‘invisible black’. The poorest went to the kolkhoz, and the one who was richest was taken to Siberia,” describes Olha Mykytivna Stepanjuk, the arrival of Soviet power in her native village of Volhynia, Maleve, which then belonged to eastern Poland. This was in September 1939. The period that local Ukrainians call the “Persians of the Soviets”, “the first Soviets”, began.

Then came the time “for the Germans”. And then to change “under the second soviets”. In the 1930s and 1940s, Ukraine found itself caught between Hitler and Stalin, alternating between various totalitarian, Stalinist and Nazi regimes. They differed not so much in the degree of brutality as in the one she was aiming for. Sometimes to private farmers, sometimes to Jews, or whoever still owned a pig, a pot of lard, or a winter coat. “Hitler and Stalin shared a certain policy of tyranny: they caused disasters, blamed them on the enemy of their choice, then used the deaths of millions of people to prove that their action was necessary or desirable. Each of them had their utopia and a group of people they blamed when it turned out that its realization was not possible,” wrote Timothy Snyder in his book Bloody Lands. For ordinary people, this has brought not only terrible physical hardship and suffering, but also the complete unpredictability of their daily lives, the inability to plan, educate, do business and manage anything, which gradually led to the disintegration of civic and economic life. 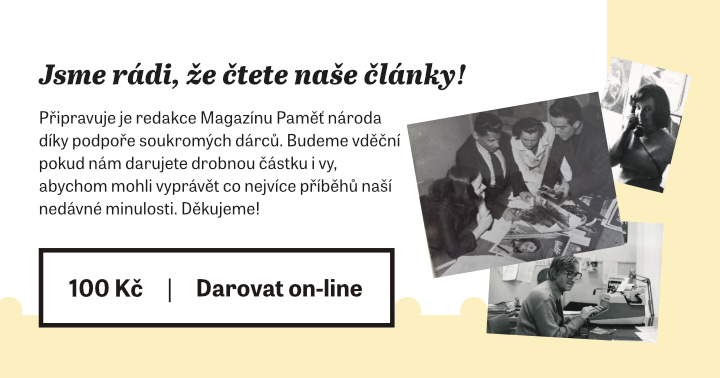 Most of Ukraine was exposed to deliberate starvation in the first half of the 1930s, which killed at least 3.3 million people. The famine was caused not only by the forced introduction of kolkhozes, but above all by disproportionate levies, with the vast majority of food produced in agricultural Ukraine being transported to other parts of the Soviet Union. Only in the western part of Volhynia, which at that time belonged to Poland, people lived and cultivated in peace.

“No one made a difference whether a neighbor was Jewish, Catholic, Polish, Ukrainian or Czech,” says Alla Boroličová, a Czech from Volhynia.

But that changed in September 1939, when Hitler attacked Poland. Under the pact between Hitler and Stalin, this part of Poland fell into the hands of the Soviet Union, and the aforementioned period of the “first Soviets”, the violent introduction of kolkhozes, the confiscation of property and the first transports to the Siberia have started. Another change occurred in less than two years, in June 1941, when Nazi Germany invaded the Soviet Union. In some cases, locals initially saw this as relief, as German soldiers cleared them of hated Soviets. But it soon became clear that the Nazis had brought a new form of terror. This also included the burning of entire villages. One of them must have been the village of Zahirci, where seven-year-old Kateryna Hryhorivna Dacjuk lived. It was meant to be a punishment for local guerrillas killing a German oberleiter: “I was herding cows, he rode with a horse and a chariot, and the insurgents attacked him, shot him and buried him there “I saw it with my own eyes. Then the Germans came and found the oberleiter killed with the help of the dogs. “The Nazis intended to burn the villages of Zahirci, Mykytychi and Piddlužja in as a warning. The inhabitants hid in the woods from the insurgents. A Polish neighbor who spoke German finally begged the German commanders in the town of April to spare the village of Zahirci. German soldiers regularly looted the farms of local Ukrainian farmers, carrying cattle and carts. People often buried their supplies so that they would not fall into German hands: “People buried things in bunkers. Then they went to dig them up again and rummaged, arguing: “This is my pillow”, and so on, ”explains Kateryna Hryhorivna Dacjuk.

Worse still, the Germans accidentally captured the locals and took them to work in Germany. Sometimes they had fun chasing people fleeing the square or on country roads by car. This terrifying chase game was called “cloud” or “lapanka” “You know, I was afraid to walk around town. When I went to see my aunt, I preferred to cross the cemetery and go around town. I was afraid that they would catch me and take me away,” recalls Alla Boroličová. It was this fate that befell the family of Oleksandra Arsentivna Adamchuk, who was four years old at the time. The Germans took eight members of her family to work in a concentration camp. She herself had to take care of her youngest brother in the camp, while her nine-year-old older brother, Žora, already had to work, carrying heavy bricks to build My father worked in a factory producing aircraft components. He remembers a chilling scene where drunken guards with dogs lifted the adults to one side and the children to the other.” children to run to their mothers and then let the dogs in. The mothers had no older children, only little ones, and [psi děti] torn.”

The clay was still moving

The most frightening fate befell a large number of Ukrainian Jews. that the Nazis massacred. Unlike Central and Western Europe, they did not take the Jews to concentration camps here, they killed them en masse behind the thorns of their villages and towns. Probably the largest such massacre took place at the end of September 1941 in Babi Jar near kyiv, where an unimaginable number of 33,771 people died in two days. It is the greatest mass murder of all time. However, similar massacres took place all over Ukraine. “The Jews of the village of Mykytychi had to dig their own pit, then they killed them and threw them into this pit,” says Kataryna Hryhorivna Dacjuk. Emilia Kuznetsov describes that the Jews of Varkovich had to undress before they died:

“They undress, they stand with a cane. He went to shoot with an automatic, maybe there are still some alive. They sprinkle him with lime and it boils like that. They pour lime and fire again.”

Several witnesses share a similar memory of the hard-to-imagine scene, which apparently repeated itself in several places: the pit with the bodies of the murdered people was covered with earth, but its surface was still moving, because they did not all die immediately. . . In addition to the Soviet and German commanders, an unofficial force also operated in Ukraine: members of the Ukrainian insurgent movement, the notorious Banderas. While for many Ukrainians these guerrillas were the embodiment of courageous resistance against the hated Soviets, people of other nationalities feared them because they often did not hesitate to kill Poles, Russians and Jews. They also behaved violently towards the Czechs of Volhynia. According to Emilia Kuznetsov, for example, they broke into their homes and forced food, a winter coat and a self-propelled bar.

At night I stood in line for bread

German troops leave Ukraine in the fall of 1944. Once again, the Soviets take power. “There was a famine in the east of the country because Stalin took all the food. I also stood in line in April and we waited for bread at night,” says Kateryna Hryhorivna Dacjuk. After the war, there was a second wave of collective farms. People from villages where agriculture was still private knew that from neighboring villages where there were already kolkhozes they came to get bread, so they were reluctant, but they did not had no choice. Private farmers were affected by compulsory levies so high that they could not honor them:

“For example, it was necessary to put cereals in whole trucks, plus five hundred eggs, butter and milk. For example, he dared to go to a “butter factory”. It was like that under Stalin. If someone did not fulfill the deliveries, he was fined or directly imprisoned, “says Olha Mykytivna Stepanjuk.

The last period of Stalinism came, which engulfed all areas of Ukrainian cultural and social life.