Roman Abramovich’s ancestors were Jews, who fled from Soviet Ukraine to Russia during World War II. Both of little Abramovich’s parents died in the early years, so he was raised by his uncle in the oil town of Saratov in northern Russia.

He left school at the age of 16, according to the BBC, he worked as a mechanic and served in the Red Army. Abramovich, a teenager, made his living selling plastic toys in Moscow, then selling deodorants and perfumes. The disintegration of the Soviet Union gave him more opportunities.

At 20, he became one of the richest men thanks to the oil trade. In 1995, he won the Russian government’s oil company Sibneft in a rigged auction for around $250 million. In 2005, he sold it back to the government for $13 billion. He later admitted that he traded with Sibneft due to corrupt payments.

In the 1990s, he also participated in the “aluminum wars”, during which the oligarchs were able to amass significant assets and political power. “Someone was murdered every three days” Abramovich said so in 2011.

Abramovich had a ‘pragmatic relationship’ with Putin

“The connection between Putin and Abramovich was through Boris Yeltsin. Despite his close contacts, Putin ruled Russia. Putin had a not friendly but pragmatic relationship with Abramovich. But I don’t think there would be a very close connection there -low, “ said Blesk Reports analyst Pavel Havlíček of the International Business Association.

After Boris Yeltsin’s death, Abramovich was to be among those who backed Vladimir Putin as his successor. According to unverified information, he was to conduct “interviews” with candidates for Putin’s first cabinet.

According to biographer Dominic Midgley, Abramovich was also to help fund and organize Putin’s United Russia party. When Putin became president, he sought power over the oligarchs. Anyone who did not show fidelity was sent to prison.

At this time, Abramovich became the governor of neglected Chukotka. The period was analyzed by journalist Catherine Belton for The Times, who had previously looked into Vladimir Putin’s rise to power.

The oligarch claimed that going to Chukotka was his own idea to carry out a “revolution towards civilized life”. He spent tens of billions of rubles, for which they built new TV and radio stations, a bowling alley, a heated indoor skating rink and a cinema. According to others, he had little choice because Putin wanted to control his wealth.

“Laws at the time made it easy to imprison officials, unlike merchants,” Belton wrote. By investing in Chukotka, which came from Abramovich’s pocket instead of government coffers, he was to reduce the risk of imposing heavy tax burdens on Sibneft. This was supposed to be Putin’s way of pressuring the oligarchs.

Abramovich’s spokesman disputed that the billionaire became the Duma’s deputy before Putin became president. His actions won him popularity in Chukotka and he resigned as governor in 2008.

Caterine Belton writes that through football, Putin’s circle wanted to infiltrate the UK. “Putin told me personally about his plan for Chelsea Football Club to increase its influence and make Russia visible not only to the elite, but also to ordinary Britons,” said Sergei Pugachev, a former member of Putin’s inner circle.

According to Belton, Abramovich’s former collaborator also indicated that Abramovich’s transition to Premier League football was apparently meant to increase Russia’s influence over FIFA, the International Football Federation. She then chose Russia as the host of the 2018 World Cup, which Abramovich, according to The Guardian, helped fund as well as the Russian national team.

“Putin asked Roman to go to football,” Abramovich’s former colleague said. “He thought they should do it to gain influence in FIFA, and that’s what happened.” In the end, it was a ticket to the world of football, in which Abramovich could push for the World Cup in Russia, which wanted to show that Moscow is not isolated.

Abramovich’s spokesperson again denied, saying the club was bought long before Russia wanted to participate in the World Cup. Abramovich even sued his publisher, Catherine Belton, Harper Collins for claiming that Putin ordered him to buy Chelsea. Belton added that Abramovich would split the profits with Putin and his men.

Did he flee Putin for London?

According to Pavel Havlíček, however, Abramovič wanted to keep his distance and his own position while in London. “It was also a way out of the power struggles of Russian politicians. In the 1990s he trusted Yeltsin’s leadership, was the treasurer of Yeltsin and his family, but after the 1990s he s withdrew from Russia so as not to come under such strong pressure from the Putin regime. noted.

According to Unian, the Odessa city council confirmed that the city was facing airstrikes by Russian forces and announced that part of the Russian missiles had been destroyed by air defense. “Odessa. The war continues. The enemy will be defeated. Do not panic and follow the alarm,” a spokesperson for the Odessa military regional administration said on Facebook.

In parts of Odessa, a port city on the Black Sea coast, fires have broken out and smoke is visible above the city. An air raid was launched in the Odessa region overnight. Authorities have advised residents of the town to close windows and hide in a safe place.

Russia has increased air activity in southeastern Ukraine over the past week, the UK Ministry of Defense said, citing intelligence. The ministry’s warning is in line with Ukrainian President Volodymyr Zelensky’s latest warning that Russian forces will now focus on taking over eastern and southern Ukraine.

The British Ministry of Defense further stated that Russian efforts to gain air superiority have been met with considerable resistance from Ukrainian forces. The Russian side fails to identify and liquidate the air defense systems of Ukraine, and its machines are in danger. This fact complicates Russia’s attempts to gain dominance in the air, which would support the advance of its ground forces.

There were several explosions in Odessa early this morning. According to Unian, local authorities have confirmed that the city is facing airstrikes by Russian forces.

According to him, Abramovich was not a key player in Putin’s entourage and the bond between the two men weakened due to his transfer abroad. “Abramovich was no longer under such close scrutiny by the Kremlin authorities,” he added.

According to the BBC, Abramovich denied his relationship with Putin, even though he was “One of the few 1990s oligarchs who remained prominent even under Putin.” Abramovich also declined to criticize the February Russian invasion.

Peacemaker Abramovich: Was he interested in his own interests?

According to Al Jazeera, Abramovich maintained contacts with Ukrainian Jewish businessmen and Jewish genes linked him to Volodymyr Zelensky, who comes from a Jewish-speaking Jewish family. As early as the end of February, Abramovich was contacted by the Ukrainian side to support peaceful solutions. “She’s been trying to help ever since,” Abramovich’s spokesperson said.

On the Russian side, the negotiations were to be led by Vladimir Medinsky. “He is a man who does not like Ukraine, he is ideologically very strong”, said Pavel Havlíček.

Ukrainian President Volodymyr Zelensky should have asked Joe Biden not to add Abramovich to the list of sanctioned Russian oligarchs because “He could prove important as a mediator with Russia in the peace negotiations,” said Al Jazeera.

“It is recalled that by participating in the peace negotiations he was able to pursue his interests and seek to get off the Western sanctions list, particularly the UK.” Havlíček explained. The question is to what extent it was a conduit for Vladimir Putin, according to him, the Kremlin used to trust its oligarchs, but that has changed recently. It is also linked to reports of possible poisoning by Abramovich and others.

“Abramovich is a bridge between Western and Russian elites,” said Al Jazeera analyst al-Jazeera Kushch, other Russian oligarchs would not trust the West. According to David Arakhami, Abramovich’s presence at the talks is also positive, and according to negotiator Mykhajlo Podoljak he is an “effective negotiator” during the talks. “I don’t think his role was as interesting as it looks in the media.” Havlíček added on the contrary 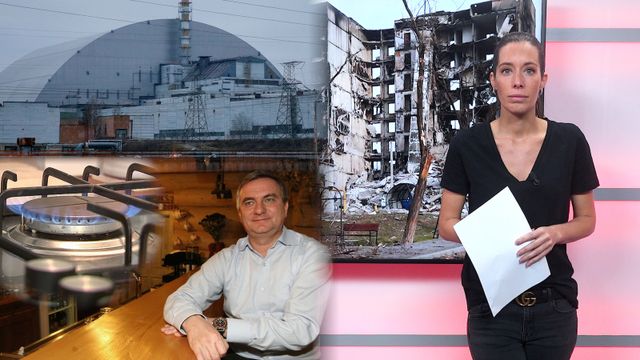