Vera Kohnova (1929-1942) lived in Pilsen in 43 Kopernikova Street. In January 1942, she and her family were deported to Terezín, from where she was taken to the Izbice concentration camp, where she died the same year. The exact date of her death is unknown, she has no burial. Now a memorial plaque placed on the house commemorates his memoryin which she lived. The creation and installation of the commemorative plaque was initiated by the W21 association, unveiled in the early evening of Thursday March 3, with the participation of the W21 association’s president and writer Jana Poncarová and other guests. The city of Pilsen and the municipal district of Pilsen 3, as well as other donors, contributed to the production of the painting.

Věra Kohnová wrote a diary from August 1941 to January 1942. There she captured the last months of the Jewish inhabitants of Pilsen before the forced transports. Due to its authenticity and its testimony to the time, her diary is often compared to the Diary of Anne Frank. This is a unique thing in the Czech Republic. Her memorial plaque is located on the house of Koperníkova 43, but on the side in Nerudova Street. 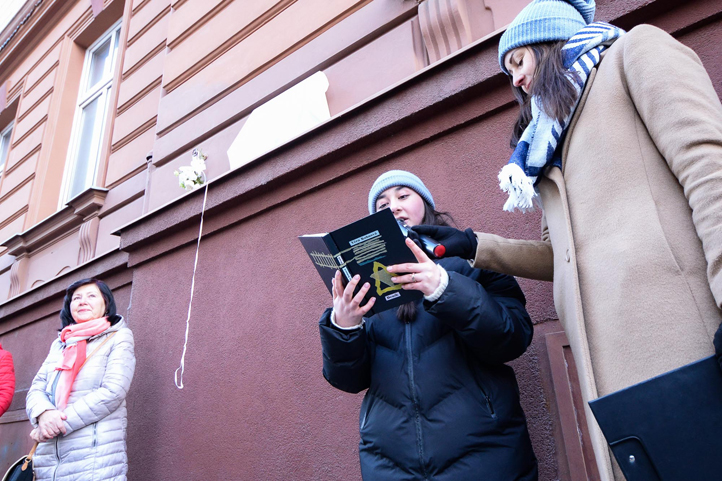 “It never occurred to me that we would be unveiling a memorial plaque to a girl killed in a concentration camp at a time when Putin was starting a war in Ukraine. Maybe we won’t have to unveil any monuments similar to other children killed in Europe”, said Jana Poncarová in her introductory remarks. She added that at that time, 80 years ago, the Kohn family was already in Terezín and was waiting to be transported to the Izbica concentration camp.” They left that house and never came back, they were murdered. Only a few photos of them remain, as well as the diary written by Věrka. My great-aunt Marie Kalivodová from Dobříva, a friend of the Kohn family, kept the diary with her throughout the war,” said Jana Poncarová. 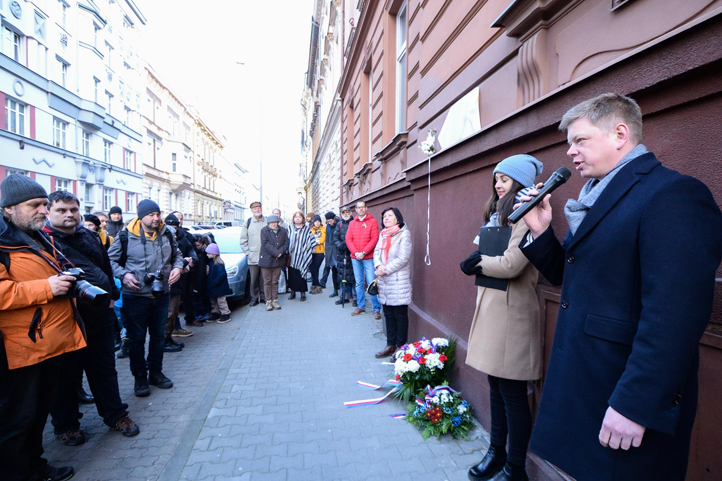 “In the current situation, when we are already perceiving the influx of war refugees from Ukraine to Pilsen, it is necessary to remember similar specific historical events that led to the death of a young person and to realize this who preceded them. Perhaps even thanks to recalls like Věra Kohnová, similar things will happen as little as possible”, said the mayor of Pilsen Pavel Šindelář. Among other things, his deputy, Michal Vozobule, said that it is necessary to commemorate great historical events even through individual fates. “You have to keep them in mind. I think that because we have them in mind, we were all able to react so quickly and offer help to Ukraine and its people,” Michal Vozobule said. .

Former Pilsen Mayor and Minister of Culture Martin Baxa also took part in the act of reverence, saying: “Věrka was eleven or twelve years old when she wrote the diary. However, the beautiful age of late childhood was framed by the horrors that took place at that time. From most accounts of the Holocaust we know the end – the extermination camps, but the months and years leading up to that, when our fellow Jews were gradually discriminated against in a very deliberate and uncompromising way and excluded from public life, are not so well known to us. . Even thanks to his diary, one wonders who all the people were who made this possible. His diary may seem like a memory to us. The fight for freedom never ends.”

The mayor of the city’s third district, David Procházka, said: “In Věrčina’s diary, I think the stories where friends and neighbors start to turn away from each other are also important. He hopes it will never happen again, whether for Hitler or Putin or other so-called elites. » 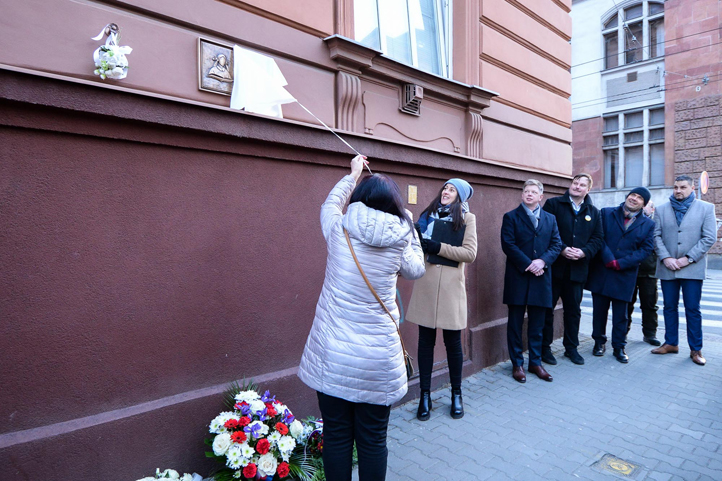 The memorial plaque was unveiled by Jana Hůlková from the village of Melmatěj u Dobříva, the daughter of Marie Kalivodová, who hid the diary. She read in Věra Kohnová’s diary when she was a child. “I was a little less than Verka when I discovered his diary in my adoptive father’s library. The parents weren’t at home then. I started in him and when I told my mother, she said to me: ‘It’s Věrušky, she should have come back for him, but he won’t come back.’ The more I gravitated towards the newspaper. I went back to him when I was the worst and I I said, “Actually, I’m alive and she’s not poor. I can memorize it and every mention of him is very emotional for me. When Janička Poncarová sent me a memorial plaque, I told her that it was exactly how I had imagined Věra. This commemorative plaque is a memory for all the children who died in the war,” said Jana Hůlková. 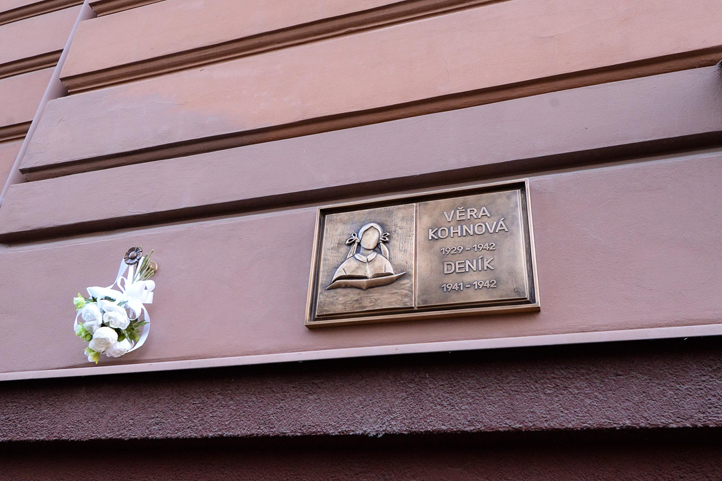 Miroslav Matouš, priest of the Unity of the Brothers, was responsible for the publication of the diary book of Věra Kohnová in 2006. The Kohn family was supported by historian Jiří Sankot, who revealed many details of their life .

The author of the design of the Věra Kohnová memorial plaque is the artist Jan Wolchen Vlček, which was made in the Matějka Plzeň Art and Modeling Studio.

The fate of the Kohn family already recalls four missing stones or Stolpersteine ​​in Koperníkova Street – each of them bears the name of a family member. The city of Pilsen joined the global Stolpersteine ​​project in 2012, and dozens of stones have already been laid in the streets of the city, commemorating specific victims of the Holocaust.