Twenty-five representatives from Pilsen agreed to pass a decree prohibiting the consumption of alcohol in precisely defined public spaces. The deputies vigorously discussed the decree. The aim is to minimize problems with people drinking alcohol on the street, then lying drunk on benches or on the ground, causing public outrage, rioting, harassing and misbehaving. The decree will apply not only to the city center in the broad sense, but also to certain parks and other problematic places.

Eight deputies voted against the adoption of the decree creating alcohol-free zones, and four abstained. “We want to solve the situation, which is unbearable in some places, by issuing a decree. Not everyone likes this procedure. It has been talked about in the management of the city for many years. There has never been enough political support to do this. But the situation today is quite the opposite. We believe that there is now support for this document. At the time of the covid-19 emergency , it was forbidden to consume alcohol in public everywhere. This tool has proven to be effective for certain groups of the population. Some people have succeeded in combating inappropriate behavior”, said the by-law filer Martin Zrzavecky (CSSD), who is a security adviser.

The generally binding decree aims to prevent the consumption of alcoholic beverages also within a radius of 50 meters from schools and educational establishments, as well as in the area of ​​public transport platforms and boarding islands. The decree includes an exception for gardens and front gardens, which are part of restaurants, pubs, cafes and bars. It will not apply to approved festivities or other cultural, social and sporting events or markets. Another exception concerns the possible holding of celebrations on the occasion of the victory of the title of champion of the highest national competition by one of the sports clubs of Pilsen.

The prevention of alcohol consumption in public aims to help reduce the number of offenses committed (vandalism) in public spaces, most often under the influence of alcohol. The objective of the measure is also to reduce the pollution of public spaces by glass and other waste.

A decree prohibiting the consumption of alcohol in public spaces in Pilsen is being prepared by the city management. Alcohol-free zones should probably be established around the main train station, Americká třída, and then around the orchard circuit in the historic center of the city. The goal …

“Hackers do not agree with the decree presented in this form. Any legal standard should be sufficiently enforceable by the recipients. I blame the ordinance for a large area. Not all citizens will know that they are in an area where alcohol consumption is not allowed. Also, it is difficult to enforce such people. When he has alcohol in a bag, for example. He should have been tested first as a as a pilot project in a smaller area of ​​the city, for example for a year”, the representative of the pirates said before the vote Daniel Kus. “We will inform the public about the alcohol-free zones through the campaign we are ready for. I did not notice that the sites had to be marked on the site with a sign prohibiting the consumption of alcohol. We carried a large be careful with the choice of locations. Neighborhoods also commented, “ added the security adviser.

“I am against this decree. Most of the ordinances will affect more decent people, and they will. If we restrict people in one locality in this way, they will move to another locality where the decree does not apply. When alcohol is taken from these problem people, conflicts with them arise on the spot. There are about 450 homeless people in Pilsen. Due to such a number, it would be pointless to issue such a decree. “ said the mayor of the Slovak district Lumir Aschenbrenner (ODS).

Deputy Mayor David Šlouf (ODS) reacted to this in the sense that the decree is not primarily aimed at homeless people. “We have a bigger problem with the behavior of strangers. Homeless people are more adaptable and much more respectful of the laws and rules of the game than these strangers. A survey of experts revealed that a representative sample of 91% of the general public was in favor of the creation of alcohol-free zones. We are not inventing something that the public does not approve of. We want to calm the situation. We have come to the conclusion that it is better to define the zone of alcohol-free areas,” Deputy Mayor Šlouf said.

Representative Petr Náhlík (KDU-ČSL) pointed out that people will find an area where they are not allowed to drink alcohol, and then they will find the nearest place where they can drink it. “When I look at the combination of prohibited areas in the districts of Plzeň 3 and Plzeň 2, the best for a drinker is Mikulášské náměstí, where there are two eight-year high schools. This will be a great example for these students. I fear that St. Nicholas Square, rebuilt at the cost of tens of millions of crowns, will become a beautiful front garden And all those who still drink at the station and at the old Tesco will be sitting on Mikulášské náměstí after the entrance into force of the decree, ” Nahlik said. 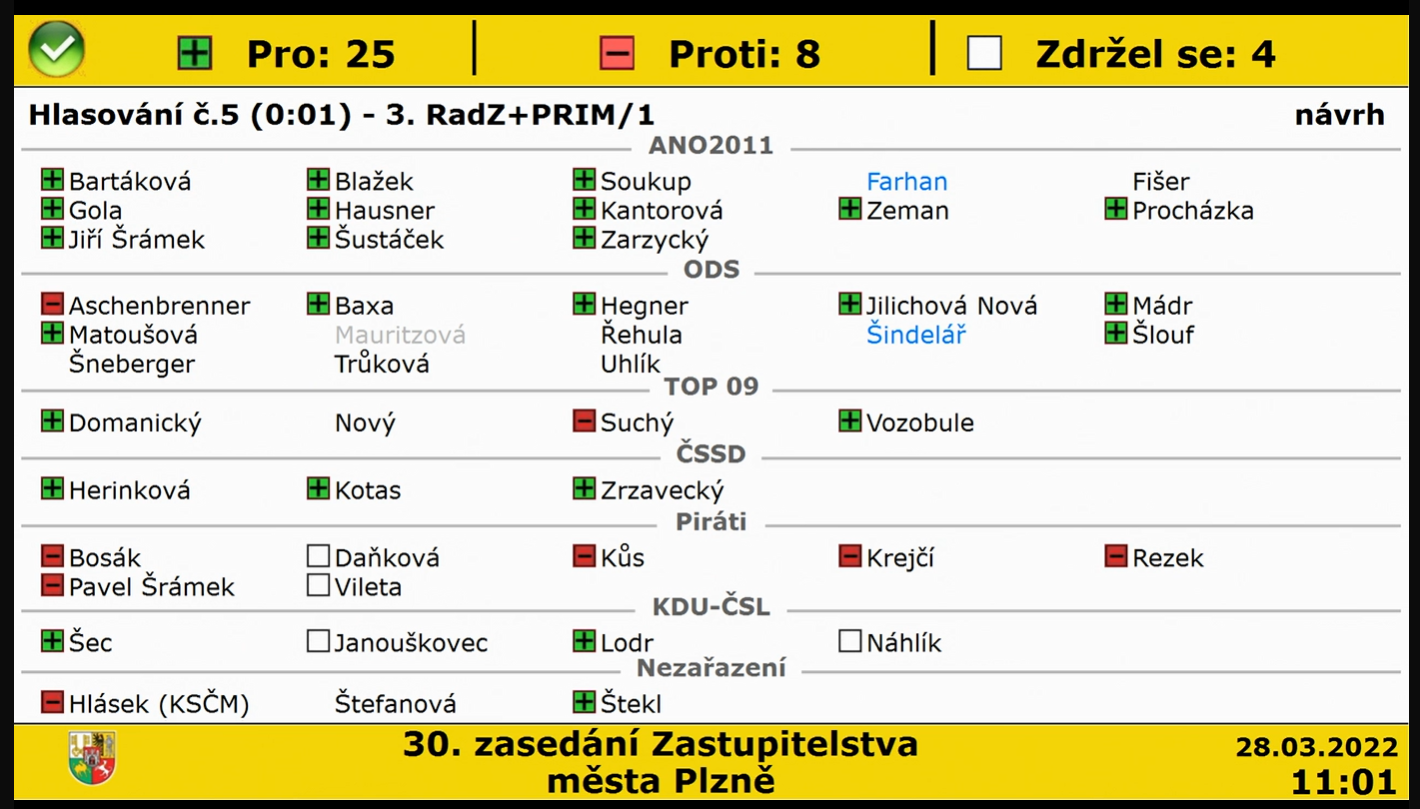