Michaela Beránková is a pirate from Prague 13, she works at the town hall as an assistant to deputy Tomáš Murňák. In March, however, she swapped her favorite clothes for a reflective vest for a few days and set out to help refugees at the Ukrainian border. She spent a week together in Vyšný Nemecký and later in Michalovce. What was she doing there and what was she seeing?

What was the crucial moment that sent you to the border?

At the beginning of the war, the partner came up with the idea of ​​going in transit to the refugee border. I wanted to go with him, but it would take up space in the car. I was also ready to accommodate for the time necessary those whom she would bring if they had nowhere to go. But there was information that you shouldn’t go blind and there is confusion at the border. So I suggested that we could help with the confusion. We connected with Slovak scouts through social networks and went to Vyšný Nemecký. We were there for the weekend so we did two twelve hour shifts. Later we returned for five days to a hotspot in Michalovce, Slovakia. By train, it was already the price of gasoline elsewhere, yet I sent the price difference to People in Need.

Míša and Karel were also ready to help in the Czech Republic, in the end they went straight to the border.

What was your job?

We arrived exactly at the morning scout meeting, we got hats with headlights, radios and instructions. We were in charge of red fire tents, where refugees waiting for a new transit rested or slept. During the day it was five degrees above zero, in Uzhhorod they waited eight hours and froze. Organizations such as People in Need, Knights of Malta, etc. provided refreshments and the distribution of toiletries and clothing. We were there at a time when it was already organized in a certain way, when it was already sitting.

There is a small group of people who have to help different refugees but. Some fleeing the war have questioned arguments about painted fingernails, iPhones and overweight men. Who did you meet at the border?

The same people I meet here. Yes, there were women with painted nails, but they did not require any additional standards. They were in tents with Roma who lived in Ukrainian settlements. No one cared about the price of the phone. People came without distinction, women and children. If men, most followers of the blue book with age. And they were very grateful. I thanked them when they helped me pick up what fell on me and it always revolved around: no, we thank you. I had a 90 liter backpack with me for those few days. Refugees several suitcases, sometimes a few plastic bags. Honestly, I would try to package something that can be monetized. The hryvnia will not help them much in our country. Everyone is equal on the run before the war. 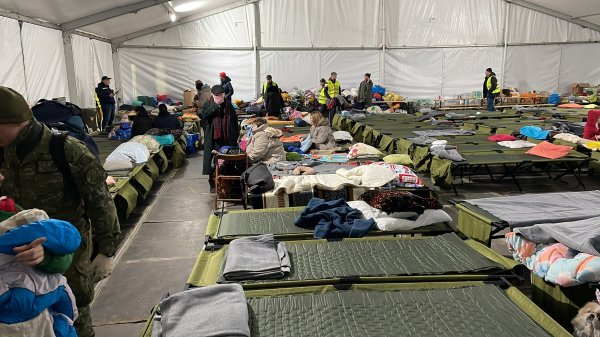 Escaping from war is a non-transferable experience that has not been experienced or imagined. What was the mental state of these people?

It is not recognizable at first glance, they were not very shared. They react differently. Psychological support units were available. There was a lady with her son, he was ten or twelve years old. He only went somewhere for tea, but the lady was looking for him, she was so confused that the Red Cross and I were considering a psychiatrist. It is difficult to say if she had similar problems before or if they were caused by the war. I don’t think it affects them until a few days after they get to safety. There was already a very old lady from Odessa who refused to sleep in someone else’s bed and was waiting for her to come back to her city the next morning. A psychologist supported her permanently.

Has anyone else stuck in your memory?

It was an emotionally demanding and unforgettable encounter for a friend with a small child carried by a sleeping Slovak soldier. And she woke up and started crying madly. The mother then turned out to be from Kharkov, and the child is afraid of the soldiers’ war. I remember two children who crossed the border on their own, I estimate to be 10 and 14 years old. I put them up in one of those red tents, because it was said that they were expecting their mother, who is following them from the Czech Republic with an aunt. At first we didn’t think they were traveling unaccompanied by an adult. My mother arrived a few hours later and her Czech employer turned out to be her aunt. The whole meeting with my aunt, we fell with tears in our eyes around our necks. Or in Michalovce, a mother and her daughter, they had a big cat, Žuza, that we had to hunt there. 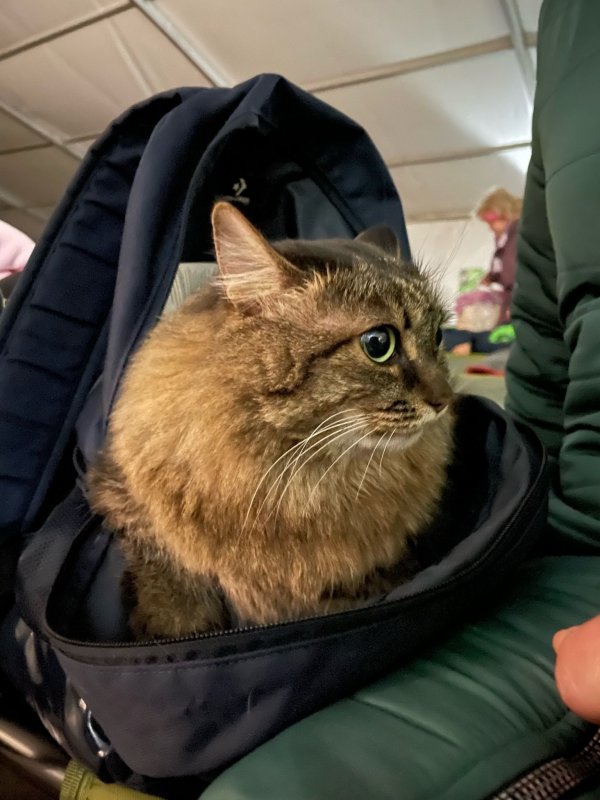 Did many Ukrainians come with animals? How did she deal with the stress of the trip?

Many, they had guinea pigs, for example. It was certainly not an obstacle to the use of the tents. The Žuža cat was very confused for the first hour, but we didn’t notice the dogs fighting there. On the contrary, people wondered where they could walk them and if there were dog pellets or cans. Luckily there was a vet tent, where of course it was provided.

He was in such a situation and in such a placeDo you have room for laughter or joy?

From what we noticed, the refugees weren’t having much fun with each other either. There were medical clowns and animation programs for children, a tent called the tent. When they arrived, however, they were more looking for something warm to eat and drink, or diapers. I have to say that for the conditions of the terrain, Chefs Without Borders cooked very well there.

Was there something that couldn’t be done?

Unfortunately these tents are a hotbed of disease, if a child with stomach flu came there, then all the children got it there. My friend also had stomach problems there one day. Hygiene can be a big issue if the beds are not disinfected. There is no hot water, there are only you you cabins. Otherwise, I must say that the organization is good.

Are you still going to the border?

I wanted to directly help the refugees in Ukraine, but bombs are already falling on Lviv. So I see it more as a helper on humanitarian trains, weather permitting. 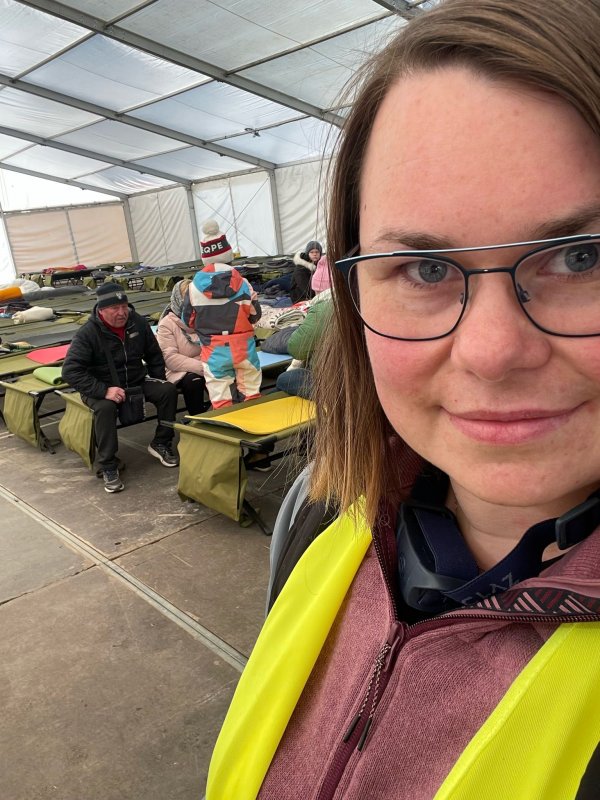 In Michalovce, the refugees were waiting for a new transit. Thanks to previous experience directly from the border, Míša already knew what and how.