The contradictory position of the Hungarian government is now pushing the corners of the Visegrad Group (V4). Although Orbán does not block the EU consensus on the sanctions triggered by the Russian invasion of Ukraine, although he retains their hardening, he does not want to visibly support it. This is not just a combination of circumstances that Hungary is experiencing shortly before the election, but a consequence of the longer-term trend of Orbán’s close ties to Putin’s regime.

It would not be right today to say that Hungary was the only one in this sense in the Union. Although Orbán criticizes the structures of Brussels, he himself is a statistician and a supporter of strict internal regulations. At the same time, however, he practically copied German policy which, despite anti-Russian sanctions after the annexation of Crimea, deepened Europe’s energy dependence on Russian natural gas.

The Hungarian Prime Minister had a very good personal relationship with Angela Merkel, who grew cold within the European People’s Party (EPP) for her withdrawal from politics and led to the departure of Orbán’s Fidesz party from this European parliamentary faction .

The pragmatic policy of a number of European countries towards Moscow – including the major powers – was based on the premise that it is possible to reach a mutual agreement with Putin. Security interests have been put aside. The monument to these illusions is the controversial Nord Stream 2 gas pipeline, which will go bankrupt.

The bloodiest war on European soil since World War II destroys these laborious structures within weeks. The West is turning away from Russia and uniting with unusual speed on unprecedented sanctions, undermining its economy.

Dozens of countries send military aid to Ukrainians who bravely defend their territory against the occupiers. Even states that are very reluctant to arm themselves do so. It’s not just the Ukrainian front, Putin threatens the entire North Atlantic Alliance.

The crisis changes priorities. At the same time, cards are revealed on the national and international scene. Today, Orbán is stepping aside, to which he has a sacred right, but he must take into account the political costs incurred.

This is not our war

“We want to protect our own national interests… We have to make it clear that we are Hungarians, and that’s why we always pursue a policy towards Hungary… We have to stay out of this war, it doesn’t matter to do with Hungary,” says Orban. He did not join the vast majority of Western countries sending military aid to the Ukrainians and even blocked its transport through Hungarian territory.

This message is extremely cynical in light of the bombings that devastated Maripuol and other Ukrainian cities. Orbán is actually saying: Let’s take care of ourselves, we are not interested in the dead civilians in the neighboring country. Also, he’s not telling the truth. The war also affects Hungary, where hundreds of thousands of refugees flock. However, government-controlled media is more anti-Ukrainian under the influence of Kremlin propaganda.

Hungary’s “non-participation” in the war, which conflicts with NATO membership, is largely due to the commercial ties of the circle of Orbán. Budapest has awarded the construction of nuclear units in Paks to the Russian company Rosatom without a call for tenders. The project is financed by a 12.5 billion euro loan from Sberbank, which is now withdrawing from Eastern Europe. Already in dire straits shortly before the invasion, Orbán traveled to Moscow to organize the gas supply.

Duda later confirmed in an interview with TVN24. According to him, Orbán leads the country “in an almost absolute dependence on Russia”, advised him to change it and warned that “this policy will cost Hungary very, very dearly”.

The Polish president also criticized Orbán for his reluctance to commit to Ukrainian support. “Given Russia’s aggression against Ukraine, the death of hundreds and thousands of civilians, the bombing of apartment buildings, which is a war crime under international law, it is difficult for me to understand this approach,” Duda said.

Polish Deputy Foreign Minister Marcin Przydacz sent an equally strong signal. “Orbán is wrong in his policy towards Ukraine, towards Russia. It is a short-sighted policy, motivated by national and pre-election interests. We have a completely different policy, both towards Ukraine and towards Russia. Russia. Hungary is not the navel of the world,” he said.

Cancellation of the ministerial meeting

The cooling of relations within the Visegrad group led to the cancellation of a meeting of defense ministers scheduled shortly before the Hungarian elections. After Defense Minister Jana Černochová, her Polish counterpart Mariusz Blaszczak also gave up. The staged event, where V4 ministers would play Orbán’s election staff, would end in a fiasco.

The war in Ukraine changes the current accents. Ensuring national and energy security and reducing dependence on the regime for war criminals will be paramount today. Orbán has chosen his path, which is hallowed by his constituents. It differs in many ways from the positions of Poland, the Czech Republic, the Baltics, Slovenia and other countries, which raises legitimate questions about the reformatting of the current floor plan of the V4.

There would be more national reasons not to support Orbán’s government, directly or indirectly. Ahead of last year’s parliamentary elections, Orbán personally backed Andrej Babiš, praising his power. He even attended a meeting of the YES movement, which is very unusual in our conditions.

Babiš will not support Orbán

At the same time, Orbán paradoxically recalled Charter 77 and Václav Havel, with whom they had a “cordial friendly relationship” as anti-communists and freedom fighters. “And I still remember that in the 89th year, when you had fun in Wenceslas Square, our political party Fidesz was also there. Even then, two party leaders were arrested,” he recalled .

The weather is changing. At that time, our country was occupied by Soviet bloc troops. Today, Orbán tells the Ukrainians that their fate does not affect the Hungarians. At the same time, Babiš claims that he will not personally support the Fidesz leader for health reasons, and that he had not originally planned to do so.

The two politicians are similar in many ways. First of all, they defend their own interests and only support someone if it pays off. It would therefore be very imprudent to expect reciprocal support from the leader of YES today.

And Orban? No matter how it goes in the election, he might see similar reactions next time around. Do you have serious problems? Take care of yourself, it’s none of our business. 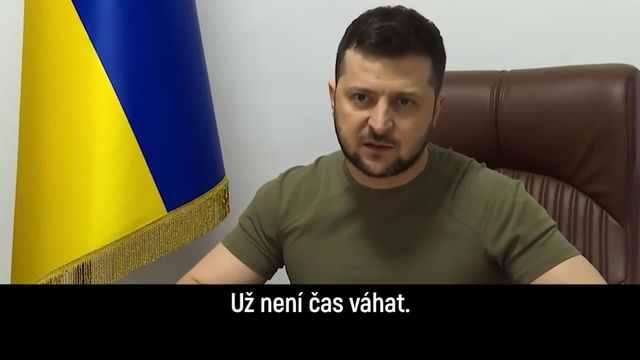