The special limited edition for Dubai was preceded by a public design competition on the company’s website and social networks. The winning design best describes the essence of the host country, the prize was also awarded to an eleven-year-old girl. The ceremony will take place in the Czech pavilion during the national holiday on March 21, said BOHEMATIC executive director Josef Zajíček.

Why did you accept the invitation to become a partner of the Czech participation, what are you really a partner of?

Our goal is a slow expansion in the world. The EXPO is an ideal opportunity for us to present the company in a completely new market, for a long time and with first-class experience. Our watches are given to the most important visitors of the Czech national pavilion. In this way, we have become one of the main cooperating companies and have applied directly to the Office of the Commissioner General (KGK).

What have you prepared for the Universal General Exhibition?

Together with KGK, EVENTEX and GOODFELLAS ADVERTISING, we have announced a long-term BOHEMATIC EXPO DESIGN CHALLENGE competition. His goal was to design the watch of another GRAPHIC SUTNAR limited series in honor of the United Arab Emirates as the host country and its anniversary. We announced the competition on December 2, the 50th anniversary of the founding of the United Arab Emirates.

How was this contest? 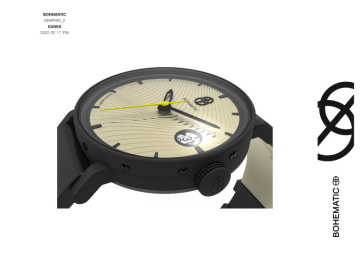 It lasted 50 symbolic days and took place in a special application on the magazin.bohematic.cz site. It was open to professional and amateur designers from all over the world. Competitors received contest sheets and specific instructions on how to create their own private edition watch. Four universities from all over the Czech Republic took part in the competition – in Prague it was the Academy of Arts, Architecture and Design and the Ladislav Sutnar Faculty of Design and Art of the University of Western Bohemia in Pilsen and the Faculty of Art and Design. at Jan Evangelista Purkyně University in Ústí nad Labem. In addition, the competition took place on social networks.

Following the application has reached the limit of 34,000 views. A total of 198 competition proposals were submitted. The jury, led by our designers Jan Němeček and Michal Froňek, then selected six finalists.

Which of them finally succeeded and what will happen next?

The announcement of the winning design took place on February 2, 2022 in the Czech pavilion at EXPO 2020 in Dubai. The results were announced by Commissioner General Jiří František Potužník and two followers were awarded.

The winner is Michal Karafiát with the BOHEMATIC GRAPHIC SUTNAR DUNES watch design, which tells the story of an unfathomable desert in the form of dunes and oil. It is symbolized by a concise case and a fine graphics of a minimalist dial. Our company has chosen for the final production the chosen x-layer foil, rose / yellow gold and the use of our own internal laser and electroplating technology, which we are constantly improving. 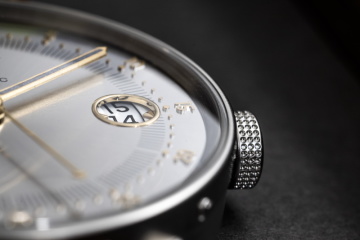 In addition, the jury of experts decided to award a special prize to 11-year-old Nelly Růžičková, who was more successful in coping with the competition than the other candidates. She took care not only of the design of the watch, but also of the work with the competition sheets.

The day the winner was announced, BOHEMATIC started producing watches according to the winning design. The award ceremony for the unique BOHEMATIC GRAPHIC SUTNAR DUNES piece will take place in Dubai on March 21, 2022 during National Day in the Czech Pavilion.

This is an original Czech manufactory based in Nové Město na Metují, which focuses on the handcrafted production of unique mechanical watches in small series. The whole project, which involves the designers of the Olgoj Chorchoj studio and the best Czech watchmakers, was born from a passion for technology, craftsmanship, old racing cars and the ticking of mechanical movements. With its 21st century design and technologies, the company continues the tradition of domestic watchmaking. In less than four years of operation on the Czech market, three series of watches have been produced: MINOR, GRAPHIC SUTNAR and AERODYNAMIC and several limited and private editions.