Relations between Russia and the West are the worst since the end of the Cold War, with the unhealed blow of NATO enlargement bleeding again. Ukraine is not a member of NATO, but has been a “partner country” since 2008. This means it could get the green light in the alliance in the future, Free Europe said. In recent days, NATO personnel have moved from Kyiv to Lviv and Brussels.

British think tank Chatham House last year looked at the myths and misunderstandings that contribute to Moscow’s poor relations with Western countries. “The USSR never received a formal guarantee on the borders of NATO enlargement after 1990. Moscow is only distorting history in order to maintain an anti-Western opinion at home.” John Lough said in a report. “This is in addition to Moscow’s efforts to convince public opinion in key NATO member states that Russia is being treated unfairly.”

It shouldn’t be a problem

Chatham House’s analysis was sharply criticized by Nikolai Sokov, a former diplomat at the Foreign Office in Moscow in 1987-92. “The material appears to have been created by the Ideology Department of the Communist Party Central Committee,” says free Europe.

However, he doesn’t see it as clearly as Vladimir Putin. “There was no need to go that far, the issue could have been a little note in history that doesn’t need to be addressed now. It’s mainly about how the enlargements of the NATO and the arguments that have been used for it.”

Jim Goldgeier was a member of President Bill Clinton’s National Security Council in the 1990s. “It just came to our knowledge at the time. Proponents of enlargement believe they have acted honestly and helped millions of Soviet-dominated people to freedom.” pleads for a free Europe. “Russia says the West has deceived it. Russia’s hopes of being part of Europe have not materialized.” According to Goldgeier, it is difficult to find a fit between these positions. “And so some want to blame the West and some Putin.”

According to a number of experts, the roots of the misunderstanding date back to February 1990. At that time, US Secretary of State James Baker (under President Bush Sr.) flew to Moscow to negotiate with Soviet leader Mikhail Gorbachev . Soon after, Gorbachev spoke with West German Chancellor Helmut Kohl. The Berlin Wall had fallen three months earlier and Moscow feared the planned reunification of Germany – and the possible deployment of NATO forces in the former GDR.

“Neither Baker nor Gorbachev ever raised the issue of a possible NATO enlargement to Warsaw Pact countries other than Germany.” assured Mark Kramer of Harvard University, who reviewed the declassified documents. “It wouldn’t have occurred to them, it wasn’t on the agenda in Washington, or Moscow, or any other Warsaw Pact or NATO metropolis,” he said. he adds. written in The Washington Quarterly.

However, the transcripts of the negotiations have long been secret, so Russia was able to claim at a time when the alliance expanded to Poland, Hungary and Czechia (1999), as well as a few years later. “Fortunately, the American, German and Russian archives of these and other negotiations are already available, and almost all the important participants in this high diplomacy have written their memoirs,” he added. Kramer reminded him. “The governments of Britain, France, the United States and West Germany made commitments in 1990 regarding NATO’s role in East Germany, but no Western official never offered a categorical promise, commitment or assurance regarding NATO and the other Warsaw Pact countries. At the same time, the Soviet leadership said no such thing at the time.”

The reunification of Germany was signed in detail by the great powers – the United States, Great Britain, France and the USSR, the occupying powers after the Second World War. It also contains various measures on NATO issues, such as the fact that soldiers from partner countries are not allowed to operate in East Germany. But nothing on NATO and other countries.

“It was not until long after the reunification of Germany and the collapse of the USSR that former Soviet officials began to assert that the United States had made a formal commitment in 1990 not to add any former countries from the Warsaw Pact to NATO. Kramer added.

One of these former Soviet officials was the most senior, Mikhail Gorbachev. In an interview with the German daily Bild in 2009, he complained that the West had deceived Moscow: “Many in the West secretly rubbed their hands together and felt a gust of victory – including those who promised us ‘We won’t go an inch east.'”

But five years later, in an interview with the Russian Kommersant, Gorbachev himself explains something else, recalling the years 1989-90: “The subject of NATO enlargement was not discussed at the time, and it was not discussed at all. Not a single Eastern European country raised the question, even after the dissolution of the Warsaw Pact in 1991.” He did not respond to questions from Free Europe this time.

Russia’s first president, Boris Yeltsin, was not exactly happy with a possible NATO enlargement, but did not oppose it: “Of course, we understand that the possible integration of Eastern European countries into NATO will not automatically lead the Alliance to turn against Russia.” he wrote in September 1993 to his American counterpart Bill Clinton. “However, it is important to consider how public opinion in our country might react to this,” he added. warned. However, he also wrote about the “spirit of the treaty on the organization of Germany”, which he said prevented the alliance from expanding eastward.

In 1997, he signed an agreement with NATO, which stipulated, among other things, that Russia and NATO did not consider each other adversaries. Then the NATO-Russia Permanent Council was created to resolve disagreements.

In 2007, however, Vladimir Putin confirmed that he launched tirades against NATO and the United States during the Munich security conference. “I think it is clear that NATO enlargement is a serious provocation that reduces the level of mutual trust.” he declared in front of other statesmen. “What happened to the assurances of our Western partners after the dissolution of the Warsaw Pact? Where are the declarations today? »

“They were just cheating. We saw five waves of NATO expansion – its military infrastructure reached the borders of Russia.” The Russian Foreign Ministry also quoted Putin on Twitter.

A year later, at the April summit in Bucharest, NATO dashed hopes of early entry by Georgia and Ukraine. In four months, the Russian army destroyed the Georgian army, supported the separatists in South Ossetia and Abkhazia (already almost autonomous anyway), and humiliated then-president Mikheil Saakashvili, who called openly after joining NATO.

When Russia annexed the Crimean peninsula and began financially, militarily and militarily supporting the separatists in eastern Ukraine, NATO ended consultations with Russia.

But it’s not just the Russians who talk about NATO’s non-enlargement guarantees. They are mentioned by the last American ambassador to the USSR, Jack Matlock – he officially testified about them before the American Congress and spoke about them last year in an interview with the Moterey Initiative in Russian Studies.

“We have pulled out of some of our most basic agreements with Russia. We have continued to expand NATO, which President Bush Sr. promised Gorbachev not to do if he would allow Germany to reunite and remain in NATO. And now we are encircling Russia more and more, right to its borders, even beyond the borders of the former Soviet Union. » Matlock said.

It is not only enlargement that has irritated the Russians in NATO. When the alliance bombed Serbian troops to prevent them from advancing against the people of Kosovo, then Prime Minister Yevgeny Primakov learned of it on a plane bound for the United States. He turned the plane around in protest. And it was the same in 2003 with the American invasion of Iraq.

“It is a mistake to ignore Russia’s concerns.” warns the former Russian diplomat Sokov and regrets that the cooperation agreements did not work. “Instead, NATO decides something and then tries to convince Russia that it’s a good decision and that it should be accepted. This is a recipe for disaster. I firmly believe that it was possible to enlarge NATO while avoiding conflict. We missed that chance, and today we are witnessing an escalation of the conflict in which the question of the so-called Baker guarantees is only a symbol. » 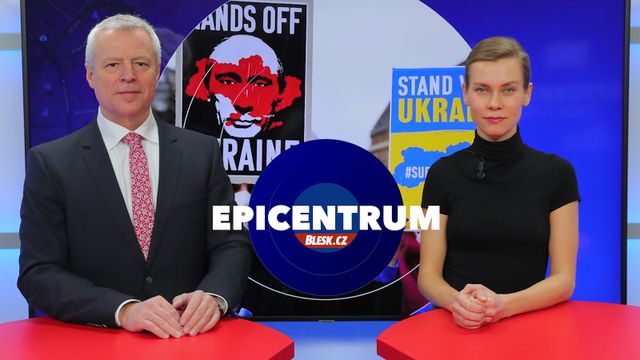