The experimental printed house element has the ambition to change developments in the construction industry. 3D printing technology minimizes waste generation during the construction process, everything is utilized to the fullest.

In August this year, the first Czech house created using 3D printing technology was opened. The house on the water resembles an organic cell in its shape, which is why it is called the element. The Czech artist and sculptor Michal Trpák, in collaboration with the construction company Buřinka, is behind the project.

3D printing is becoming a common part of consumer goods production technology, it is used in mechanical engineering, and is seriously experimented with at construction exhibitions. The realization of the protozoan is the work of a modified robotic arm nicknamed Máša, which was able to build a surrounding wall in a few hours. 3D printing allows you to work more with shapes and forms, and unlike standard buildings, you won’t find any sharp edges on a Czech floating 3D printed house.

How the element came into being

Behind the formation of First is a team of young artists made up of the sculptor and native of Budějovice Michal Trpák, Kateřina Nováková, architect, university professor and co-founder of the experimental institute PETMAT at CTU, and Jiří Vele, architect , expert in 3D printing and university pedagogue. Their first attempts at 3D printing included, for example, a flowerpot in the shape of a human figure, street furniture and the inscription Budějovice. The young group then founded the company Scoolpt on January 17, 2019, and the first idea of ​​a printing house appeared. The first visions took place on paper, others in the world of digital computing. Thanks to Buřinka, these young people were able to start realizing their dream of the first 3D-printed Czech house. Tomáš Rousek and Lucia Cyprianová joined the current team. Together they came up with a design so that the house could be printed, taken apart, transported, folded and able to float on water.

Smart and eco-friendly solutions down to the smallest detail. Sockets and switches are printed from recycled plastic bottles.

In order to be sure that the 3D printed building can withstand static loads, the authors of the Protoss printed the chamber part at the Faculty of Civil Engineering of the Czech Technical University and then tested it with targeted destruction using the pressure exerted by a giant press. The protozoan was then printed in the hall of the old hot water exchanger in České Budějovice. Perimeter masonry and other concrete elements were created very quickly, which is where the biggest benefit of 3D printing for the construction industry lies. Over the next two months, all the details were worked out, including the installation of a wooden building with an oval window inserted and the creation of a bathroom mosaic. 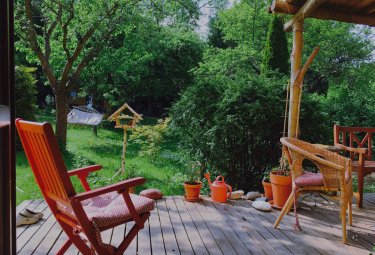 His “home” brings his security and freedom. However, the unaffordable real estate in the market and its financing does not offer loans for life. There are…

3D printing held back by concrete

The robotic arm carefully applied one layer of concrete over another. A total of 17 tons of concrete mix with a setting accelerator was prepared for the construction of the house. Máša applied a new layer after a few seconds, so the concrete had to harden quickly so as not to melt under the weight of the other layers. It was the properties of the concrete that slowed the house’s 3D printing speed – Máša printed around 15 centimeters per second, while moving at two percent of its capability. The concrete mix also contained nano-polypropylene fibers, which enhanced the plasticity of the mix and are responsible for the organic shapes of the house. 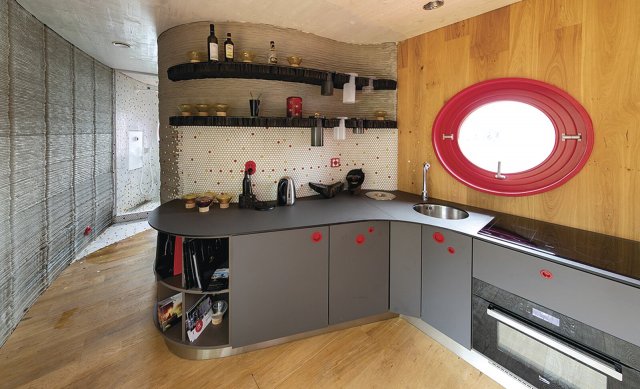 Pressure tests showed that the item could hold even 50 tons, but that’s where the press’ capabilities ended. According to updated calculations, Scoolpt even reached a value of 400 tons.

Transport of protozoa from Budějovice to Prague

Thanks to the Hanyš company, it was possible to load Protokov in České Budějovice on a car and transport it to the port of Holešovice. An important characteristic of protozoa, namely its degradability, was used during transport. The seven-hour transport therefore took place in several stages, when the house was brought to the surface and then brought back up.

However, the fact that the item would float was a necessity rather than an intention of its creators. Czech legislation does not provide for similar buildings at all, so it had to be placed on a floating pontoon. The house, already assembled, then went on a cruise on the Vltava and anchored on the island of Střelecký, where it was visible until the end of August. From there he headed to the Smíchov embankment, where he anchored until the end of September. Subsequently, it was transferred to a pond in the golf complex in Lipence, where it is now offered for hire.

The house is an example of modern technology

The first 3D-printed house in the Czech Republic is unusual inside and out. Its concrete part weighs about 20 tons, the whole house weighs more than 30 tons and exceeds 13 meters in length. The concrete parts form a larger part of the building and there are two “céčka” built opposite each other – one for the bedroom and one for the bathroom. The center consists of a wooden building bordered by a green wall, in which is arranged a large oval window with oval doors inscribed in the front and two oval windows in the back. The roof is all green. 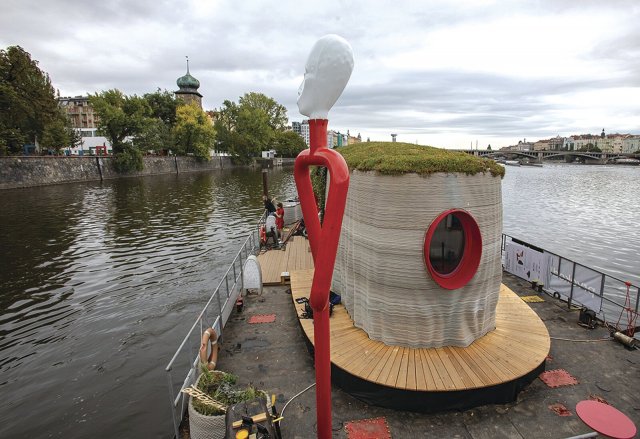 The rough construction of the Protoss only took 48 hours. Completion in weeks depending on interior and technology requirements.

The curves are also copied in the interior – the partitions optically divide it into a bathroom with a toilet, a living room with a kitchen and a bedroom. The most interesting elements of the interior of the Protozo include a bathroom sink and shelves made of subfossil wood, a 3D printed titanium faucet or, for example, 3D printed sand speakers. A semi-oval bed was created for the bedroom and an ecological transfer shower was ordered for the bathroom, which can recycle up to 90% of the water. Waste water from the bathroom is used for watering. Modern technologies used by Element include, for example, intelligent control or recovery. Underfloor heating ensures even and rapid heat distribution.

Music of the future?

In the future, the Element should be sold for around four to five million crowns. But print shops still have a long way to go. At present, this technology is used, for example, to print benches or public transport stops. O